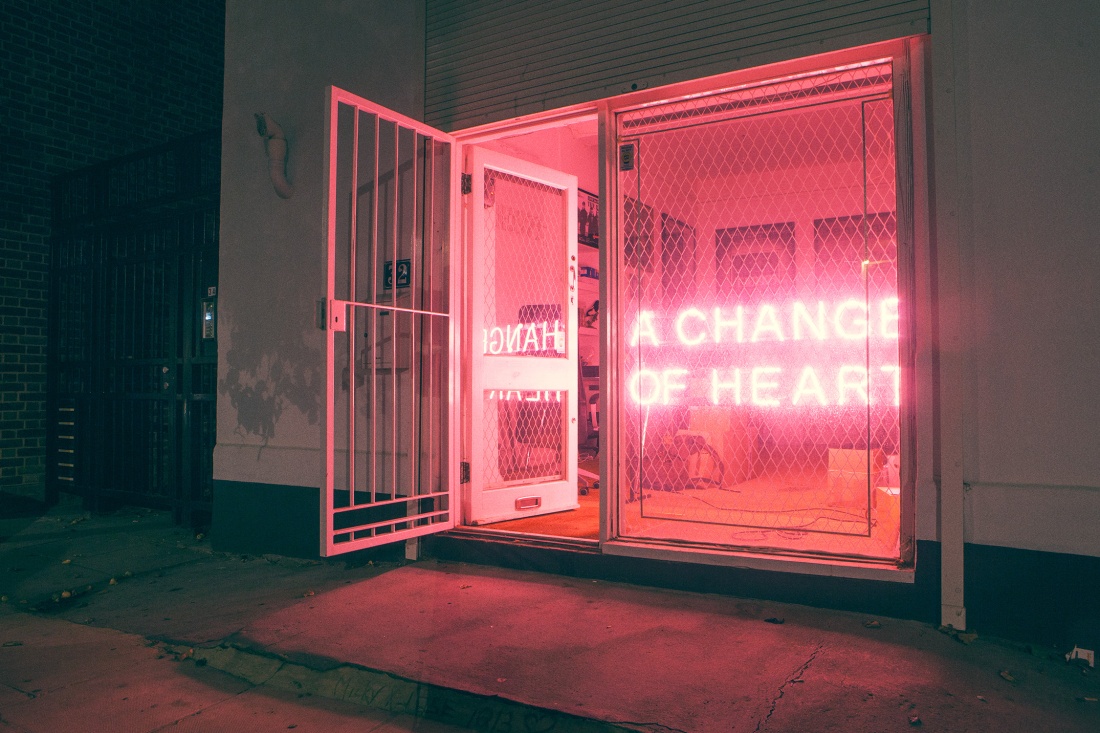 Taking a break from writing my 1975 review to work out a few things on paper. It’s been a tough month. I’ve been rejected from 7 out of the 8 grad schools I applied to over the last four weeks. Each one has been a hit, knocked me out for anywhere from an hour to a few days to a week. I’ve handled it and I’m moving past it; I’ve been working on not internalizing all of this too much because I know it’s kind of a crapshoot no matter what I do in these situations. Still, it’s not fun to get these emails and letters one-by-one-by-one and on and on. No matter how much I tell myself how fine I’ll be if I don’t get in (which I will be, really), rejection can’t not take a toll on me. So I’ve given myself some leeway, which I don’t normally do. I supplant the compulsion to feel guilty about moping with some time to just let myself be sad because I am sad.

As I wait to hear back from the last school, I look back at the past month of rejections, and the sadness and self-reflection they induced in me. The former is boring and not all that important; the latter is. And as I sit here in Plant Hall on a Sunday, putting off all of the stuff I need to do (again), I think about the second wind I got earlier in the week, and take solace in the good things I have in my little bubble which spurned that second wind on, without me really understanding why.

I think I grasp it a little more now, in my caffeine haze. I understand why earlier this week I got out of bed before 11 a.m. for the first time this month. The new 1975 record was waiting for me that morning, and that first listen invaded and reconfigured my headspace, but it wasn’t the record itself that turned things around for me that morning (as incredible as it is, album of the life incoming).

What turned me around, what truly energized me for the first time in I don’t know how long, were all the things I had to say about that record, planted in my brain to be harvested over the next few days and weeks. Now, I blamed the record at this point, but as I sat down to write my review and struggled to get everything on paper in a space compact enough where one or two people would read it, I realized that I was pulled out of my haze of momentary failures by the thing I was meant to do with my life. It hit me at around 500 words (wherein I hadn’t even exhausted all I had to say about “Love Me,” and had forced myself to move on), when I stopped and took a walk around the building through which I’d come and gone countless times over the last four years.

I was meant to write about music. I don’t mean that divinely or self-indulgently (although I like it when you sleep… sure does inspire that kind of rhetoric), I mean that in the most intimate and personal way. It doesn’t mean that I think I’m all that good at it or that I’m unique in any way, or that I don’t grapple with the difficulty of constructing my chosen art form completely on the basis of another art form. But it does reduce those worries in my mind to something more manageable.

The proposal I sent to my graduate schools was to be a kind of cultural studies project on the punk subculture, analyzed through a theoretical lens. That’s simplifying it a lot, but that’s basically what it was. Although I was excited about the prospect of tackling this project, I found that I was shy about telling more than a few people out of some kind of fear of being judged…I can’t even put my finger on exactly why. I know now that this was a stupid attitude. I walked to my advisor’s office to talk it out, but he wasn’t there (which is kind of shocking actually, even though it’s Sunday). But I think I’ve parsed it out on my own. That attitude is stupid because I’m god damn lucky.

I’m lucky to know what makes me happy; what makes me feel worthwhile; what makes me feel like I have something, anything to say. And I’m going to follow that feeling for as long as it still exists in me. Whether it’s in grad school (by the way, I love you [graduate school redacted] admissions person), or through a publication, or all by myself in a million unread word documents while I work some crappy (or maybe even good!) unrelated job. And as I prepare to leave this school, having no clue where I’m going or what I’m doing, I realize that every little thing I’ve done here has led me to this realization—this thing I came into this place knowing, on some level—that I wanted to write about music. If I’m leaving college sure of anything, this is it.

Okay, that’s it. Back to the sound and the words that come with it.

Today The 1975 officially released their incredible sophomore album I like it when you sleep, for you are so beautiful yet so unaware of it. I’m working on a review of that record now, and for nostalgia’s sake I sought out the review I wrote for their debut in 2013. My love for this record has only expanded in the past three years (I even like the spelling in “MONEY” now!), and it’s interesting to compare the way I felt about The 1975 in those early days of release with the dawning of a brand new record. The feelings are similarly magical and inspiring. I’ll spill a lot of words about this band in the coming days, but for now I thought it would be fun to put this review back on the web for nostalgia’s sake.

The following review was written in 2013 for The Minaret, during my first year as arts editor. 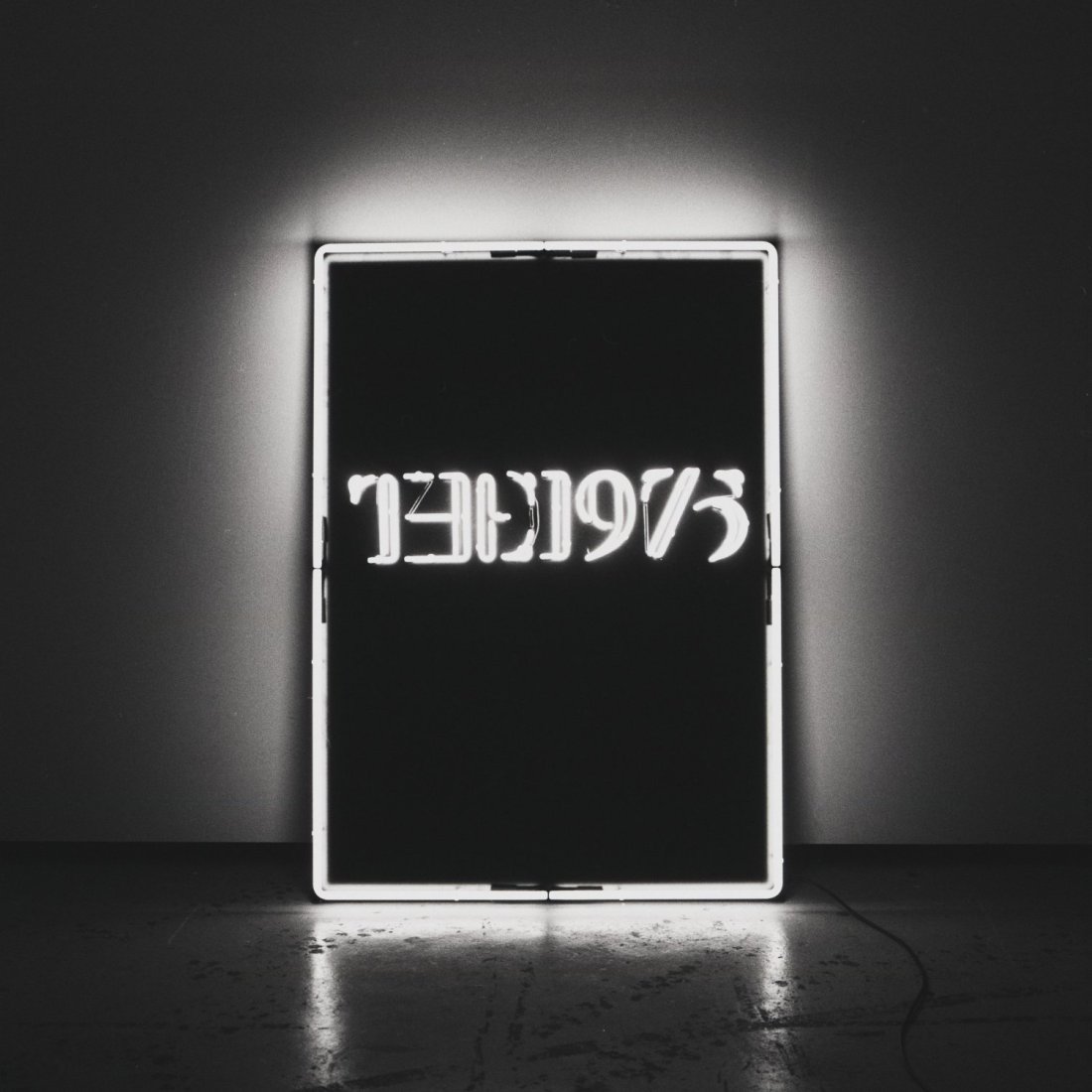 Some music has a way of completely surrounding a listener. Headphones on, lights out, eyes closed, volume up. Somehow, the music provides all of the color in the world. It may sound romanticized, but the most important music is not the most technically advanced or lyrically clever—it’s the music that defines a point in time in a listener’s life. I can hear a song I loved six years ago and remember how I felt the first time I heard it. This is what makes music more than just sound released from a speaker—it’s an experience all in itself. Sometimes, it’s expected— if an artist I’ve loved for years releases an album, I will obviously expect to love said album. Other times, it comes without warning and knocks me off my feet.

Enter Manchester, UK’s The 1975, with a self-titled debut album. After 10 years, five band names, hundreds of shows and a few awesome EPs, it seems silly how little I knew about them before this past month. However, my ignorance has made the impact of The 1975 all the more powerful.

Headphones on, lights out, eyes closed, volume up.

The record opens with the aptly titled “The 1975,” a slow-burn intro track that displays The 1975’s remarkable attention to detail and atmosphere when creating music. The song invokes images of dark highways, with city skylines growing brighter and brighter the closer they get. “Go down/Soft sound/Midnight/Car lights,” mumbles Matt Healy melodically. The song builds and builds until the highway ends and “The 1975” collides with “The City,” a steady, driving track which shows the band’s ability to write an incredible but simple hook (“you want to find love, you know where the city is”).

This ability is essential here, as The 1975 is undoubtedly a pop album, one that justifiably thrives on the strength of its hooks. However, The 1975 shows that it has the upper hand over other pop acts by putting just as much weight on groove and overall sound as it does on catchiness. Take for example “M.O.N.E.Y.,” a sporadic track with a more understated hook (“has he got enough money to spend?”) that blends in with the verses. “M.O.N.E.Y.” focuses more on making the listener move with its myriad of sounds than it does on making them remember the chorus. This is not to say that The 1975 is devoid of radio hits, as “Sex” is a soaring, all-out, pop-rock track, so rich in youth and impulse that it’s sure to be a fan favorite for the entirety of The 1975’s career.

As difficult as this is over a 16-track run time, The 1975 never falters from its impeccable flow. The interludes help out, reminding the listener that this is indeed a complete album and not just a collection of songs. Lyrically, the record focuses on the recklessness and insecurity that comes with early adulthood—dealing with infidelity and lust (“there’s only minutes before I drop you off/ all we seem to do is talk about sex/ she’s got a boyfriend anyway”), as well as feelings of responsibility and regret (“When I’m home you know I’ve got you/Is there somebody who can watch you?”).

The 1975 reaches a climax of sorts with “Robbers,” an impeccable love song that puts emotion at the forefront as it builds into an imaginative vignette of fragile young love (“Well now that you’ve got your gun/It’s much harder now the police have come/And I’ll shoot him if it’s what you ask/But if you just take off your mask/You’d find out that everything’s gone wrong”), making for one of the best songs of the year.

As new and exciting as The 1975 feels, it is the influence it takes from the past that really takes the album over the edge. “Girls” and “Heart Out” could have been ripped from an ‘80s John Hughes film, while the former and “Pressure” are bleeding with sounds of Michael Jackson worship.

Perhaps the most impressive aspect of this album is how singular everything feels. Nearly every sound produced, every lyric and every track-to-track transition feels natural. No one element takes precedent—The 1975 itself is the star of this album. Not every decision lands perfectly (the spelling part in “M.O.N.E.Y.” is grating, and the back half of the album is much stronger), but over 16 tracks, there are an amazingly few number of missteps.

With their debut album, The 1975 have crafted something memorable and important. It is as futuristic as it is nostalgic and as pondering as it is upbeat. While The 1975 are sure to make a huge cultural impact in the next few years or even months, the band has already proven their venture to be successful. They have created an album that will resonate with their fans and define a point in time in their lives. Because of this, The 1975 has already hit it big—anything more is just well deserved money in the bank.